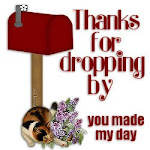 I know I still have not heard it all

I manage a 24 hour call center and it never ceases to amaze me the reasons/excuses I get for why people cannot come into work or why they are late. Here are just a few from this past week...

And the #1 excuse I heard this week (and I may never be able to top this one), I think one of the reasons I had not tried to get back into this old blog in so long was I did not feel I had anything interesting to say. That may be true but I'm still gonna say it.

So, if I had been writing over the last year or so I might have mentioned


That's a good start and the thing I need to remember the most is that I must start this little venture earlier in the evening from now on.

Blowing the dust off the old blog

I think of you, old friend, so often, and plan to come visit but I forgot the path. But here I am. I stumbled back, quite by accident while visiting the home of another. I was not sure I could even remember how to get in here. I am excited.

Of course, now that I have remembered how to unlock the access, I cannot recall all of the things I wanted to share. They will come to me. I just need to make it a habit. It has been so long since I posted I no longer remember how to pimp my space. Or even change my font. I will get it back. I love getting the ol' creative juices flowing again.

And, now that I have gotten back in here, I need to go through and delete all those spam comments on old posts.

I see something new. Must check out "Monetize." My guess, before looking at that tab is it has something to do with making money off your blog by advertising.
Posted by Donna - DBP at Tuesday, May 04, 2010 1 comment:

Something to blog about

I kept waiting for something good to post about and then more time passed and my priorities shifted and then so much time had passed I almost decided to start from scratch with a new blog. This morning I actually saw my little blog on a friend's post and decided I needed to get back ... so here I am.

So much has happened since I was here last. I am super busy at work but I am thrilled to be employed in this economy so I will keep my grousing to a minimum. I have a new grandaughter. I have lost 96 pounds since Christmas. I attended a family reunion and really should have written about that! I went to Florida and Sea World and got lots of great pictures. Yes, I can see that I had plenty I could have shared.

I find I have a limited amount of time to spend on the computer so I shall reprioritize and set aside Facebook and refocus on my little piece of cyberspace. Thanks to those of you who inquired as to my where abouts during my hiatus. It was nice to know I was missed and I will try to do better.
Posted by Donna - DBP at Monday, September 07, 2009 8 comments:

Every spring when the weather starts to warm up and I put on shorts I am shocked by my very white legs. Now, they are not just a little pale. They are so white they actually have a glare and people around me require sunglasses.

Years ago when I had more money than sense I would go to a tanning salon. I would start out at a slow, low level and lay there for just a few minutes. My intent was to put just a little color in my otherwise pasty skin. At one point I complained to the technician (what do you call the person who assigns you to a room?) that nothing seemed to be happening so maybe we needed to turn it up a notch. She told me that one of the beds had just had the bulbs changed so that might speed things up. And, she was going to set the timer for a longer period of time.

Huge mistake! The combination of the intense bulbs and the longer duration caused me to end up at the emergency clinic with what they called "solar poisoning." I was in horrific pain and looked like a cooked lobster. That was the last time I subjected myself to a tanning booth.

Spray on tan seemed like a good idea. No risk of pain. I had no idea what I was doing when I used a coupon to get the "look like you have been to the islands." I had a date that evening and as the evening progressed I noticed my arms were getting darker and darker. A little while later I went to the restroom and I laughed when I saw how white my teeth were. My skin continued to get darker and my teeth kept looking brighter and brighter. Again, the need for sunglasses for those around me to cut the glare my smile was emitting. My date and I had a good laugh as we made bets on what would be my final ethnicity.

Then there are the do it yourself self tanning lotions. I tried that, too, but you have to purchase just the right lotion and be very careful how you apply it. It was too much trouble to try and keep things even. I would end up with extra lotion in the crease of my elbow or at the wrist or behind my knees which gave the appearance I needed a bath. How many times did I have to wear long pants in the summer to avoid the inevitable stares?

I have a coworker that must be using a self tanning lotion because he keeps showing up with rusty looking hands. No thanks. I will keep telling myself that my very white skin complements my very white hair. Whatever!

Did you ever get to go to summer camp? I was very fortunate that each summer from 5th grade through the 9th grade, I was shipped off for two weeks to a very rustic camp in Arkansas. I loved Camp Wyldewood. It lies at the foothills of the Ozarks and it is beautiful! Of course, as an adult I found it to be much more attractive in the spring and the fall when the temperatures do not require ingesting a daily salt tablet. I can remember how hot we campers were during those summer months. There was no electricity in the cabins which meant the only air conditioning was from the random breeze that blew through the screened-in windows on three sides. At the front of the cabin was the only door and on each side of the door were built in closets. With fourteen girls per cabin there was very little room for hanging many clothes. We kept everything else in footlockers that slid under the bunks.
If you hurried through lunch you had a little time to grab a somewhat private shower which was my goal. I was a skinny, flat-chested 11 year old who absolutely dreaded the communal showers even worse than the cold-water-only plumbing. I assume the boys had the same accommodations although their daily swims more than likely constituted the extent of their concern for personal hygiene. As hot as we were you would think we would have been happy for the cold water. Not!
But it was fun and in spite of some mild homesickness each year, those two weeks were the high point of my summers. My family always took vacations as well but those were typically spent in a car with my younger brother and sister arguing over who got to sit next to the window. My time at Wyldewood was a close as I got to freedom and independence until I went off to college. I made some great friends in Session V and each year we left with full autograph books and addresses for pen pals that usually lasted until Christmas.
In addition to daily devotionals and Bible study, there was softball, hiking in some of God's most beautiful country, swimming, canteen and crafts. We had Sadie Hawkins Day, lots of singing and a big night out where we dressed up, paired up and were given a tour of the nearby university which was the alma mater of all the counselors. Years later I would see many of those same campers when I chose to attend that same college.
Those were the days. Before curling irons and blow dryers. Before cell phones and texting. Before the internet and emails. Before Tivo and 500 channel choices. It was a simpler time and brings back a lot of happy memories.
Posted by Donna - DBP at Tuesday, March 03, 2009 6 comments:

A sense of accomplishment

So many things I have been putting off. I can always come up with very legitimate excuses to not do anything I want to avoid. Mop? No, I need to water my plants. Vacuum? Can't now. I must mail a birthday card. Clean out the refrigerator? I better get gas before it rains. See the pattern? I do things that I actually need to do and procrastinate over the less appealing tasks.

But today I had no plans, no appointments and no company so I got serious about cleaning. Some were routine tasks and others have been waiting patiently for me to address them. I cleaned the kitchen, cleaned my bathroom, changed the sheets, did four loads of laundry, vacuumed, rearranged my pantry to squeeze in the latest groceries, cleaned out the refrigerator and ironed clothes for the coming week. Now I am going to sit a while and pay bills, finish a book, and maybe watch a movie. I feel good but still feel guilty because I have yet to put away my snowman collection. What's up with that??
Posted by Donna - DBP at Saturday, February 21, 2009 7 comments:

Six more weeks of this? No problem. 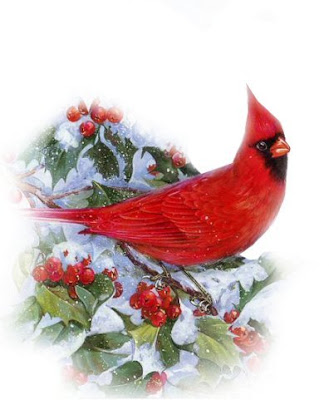 Here in Central Texas we do not have the ongoing winter weather that so many others deal with for months. This year we have had a couple of "ice days" that brought traffic to a halt but overall it has been pleasant. The problem is, once we get past the days when a coat is required, I never know how to dress. It starts out cold or windy or rainy so I end up wearing layers of clothing that are removed through the early part of the day and later replaced, layer by layer, as the sun sets. Lunch time around my place is pretty busy these days. (rim shot)

I have one sister who lives outside Minneapolis and a John Deere horse-powered snow shovel is a necessity for her family. The pile of ice and snow shoveled to one end of her long drive may not melt until July. My other sister lives in southern Florida. I still cannot relate to her blooming citrus trees around Christmas but she loves it there.

So for me, I am pleased to be in the moderate middle. But only when it comes to the weather.